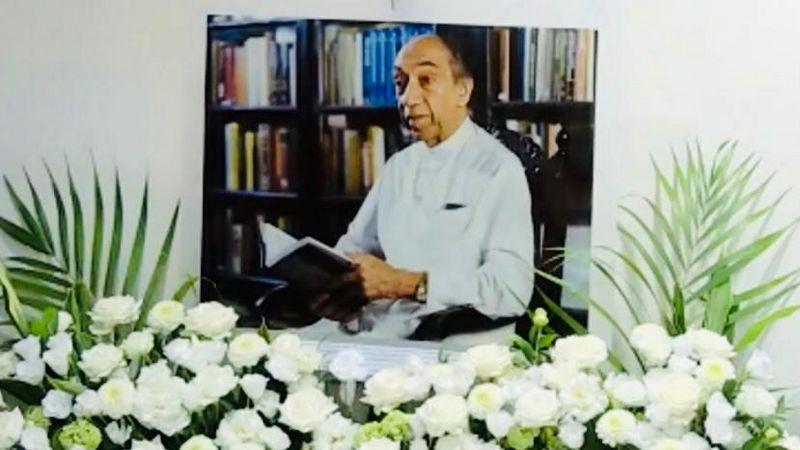 The Speech given by then Finance Minister J.R. Jayawardene on September 06, 1951 in San Francisco was commemorated with a limited Japanese VIP delegation present at the Sri Lanka Embassy in Tokyo on 06 September 2021. The ceremony began with the national anthem followed by lighting of the traditional oil lamp and flower laying ceremony. Major Japanese TV Channels as well as all major print media representatives were present to cover this event which was broadcast live. The event also included the reading of the original speech of late Jayawardene, a photo exhibition, video presentation about the speech and the San Francisco Conference in 1951.

Ambassador Sanjiv Gunasekara touched on the history of how this speech was composed after much consultations and meetings with Asian countries and mentioned the case for independent Japan was first considered at the “Colombo Plan Conference”. Ambassador also spoke of Sri Lanka-Japan relationship that is built on mutual admiration and highlighted the shared values, culture and the practice of Buddha’s teachings that is common between the people of the two countries.