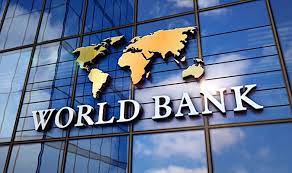 WB forecasts shrinking of Lanka’s economy this year by 4.2 percent

It said that the reduced forecast for growth, in 2023, owes to ongoing foreign currency shortages, the effects of higher inflation, and policy measures designed to restore macroeconomic stability.

The World Bank said in 2022, Sri Lanka’s economic output fell by 9.2 percent as the government ran out of the foreign exchange needed to cover food and fuel imports, and to service external debt.

“While the authorities are now implementing a stabilization programme, the country faces continuing shortages of food, energy, and medical supplies,” the Bank said.

It said that tourist arrivals, an important source of foreign exchange, continue to be depressed, with international arrivals last October about one-third of their 2019 level.

The crisis, and its repercussions, have increased poverty and reversed much of the country’s income gains over the past decade, the World Bank said.

The World Bank said that food prices have risen rapidly in Sri Lanka, increasing the incidence of food insecurity. In Sri Lanka more than one-third of the population are food insecure, up from less than one-tenth in 2019.

Acting Canadian HC summoned over sanctions on ex-Presidents, others

Hirunika and 14 others granted bail…