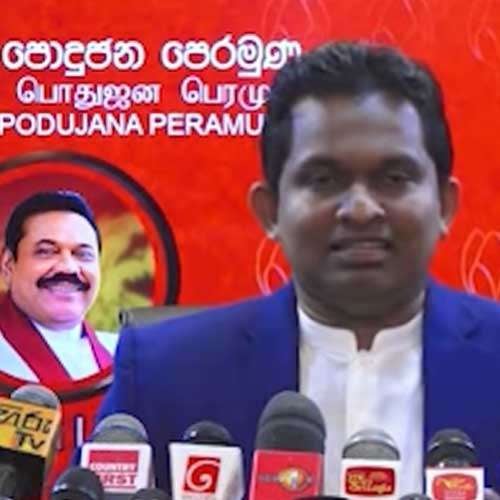 Sri Lanka Podujana Tharuna Sangamaya, the youth wing for SLPP, is on the lookout for the release of former MP Duminda Silva, who has been sentenced to death, and justice for other party members subjected to political vengeance, said youth wing member Buddhika Wickramadara speaking to a press briefing held in SLPP Headquarters yesterday (30).

“There were people who were subjected to political vengeance, when will justice be served for them? As the Podujana Peramuna we are waiting. If there was another government they would know how to act.

They went to Temple Trees. Mr. Anura Dissanayake was called. Other party groups were called. Demonstrations were made on how to take vengeance from political rivals. Courts were telephoned. There was Mr. Ranjan Ramanayake who telephoned the Courts. There was such a corrupt government that punished the people by giving false information in this manner. But this government is not going to do that.

How many are still in prison? When will they be free? Why are innocent people imprisoned without a trace? Some have lost their jobs due to political vengeance, some have had job transfers and some have been made jobless. I believe that justice should be done for all this.