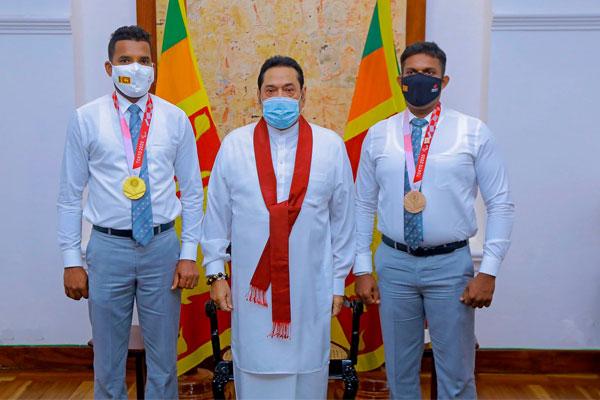 Prime Minister Rajapaksa added congratulations to the winners saying that these victories, which set new records at the Paralympics, will be an international recognition for Sri Lanka.

The Prime Minister also said that he would like to pay tribute to all the coaches and officers who led the way in this achievement which has rewritten the history of sports in Sri Lanka. The government will continue to provide the necessary facilities for the training of all athletes who are committed to adding pride to the country, he added.

Priyantha and Dulan, the Paralympic Medalists, told the Prime Minister that they would pay tribute to the support given by the government including the Sports Minister, for these victories.