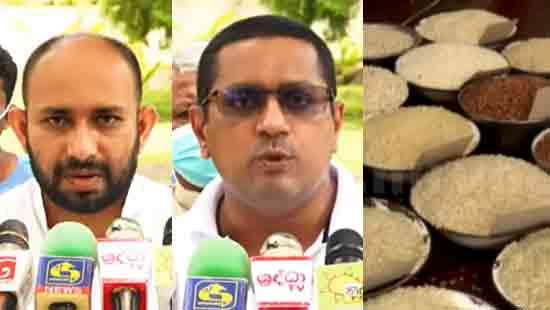 All rice producers in the country will have to withdraw from rice production, should the government fail to take action to increase the price of rice via a gazette notification, warned the Sri Lanka Rice Producers’ Association, speaking to media yesterday (26).

Their warning comes in while a shortage of rice is evident in many parts of the country.

“We hoped that the Cost of Living Committee gathered last week will increase the price of rice. But the government has not yet responded in this regard. Then, we may have to face a big problem in the future – a situation where we have to provide a fair price for paddy to the farmer and all producers, small, medium and large scale rice producers, in Sri Lanka will have to withdraw from rice production. The government’s attempt to control the price of rice artificially and to control the price under a state-of-emergency was very unsuccessful. What we say is that if the prices of all other commodities can go up in the declaration of being essential commodities, the prices of rice should also go up,” said Union Chairman Suraj Jayawickrama.  “

“Do not resort to importing rice when you have enough paddy in Sri Lanka. Every day a million kilos of paddy should turn into rice. There are sufficient stocks of paddy in Sri Lanka for five more months. As far as we know, the government has another five million kilos of rice, which means they have no rice to feed even for a day. This was why we asked the government to end this crisis by declaring the prices in the market and the land. Farmers are only asking for an environment to be created to sell paddy this season at the price at which paddy was sold last season. The farmer is asking to make the price they got last season. We, as rice producers, cannot incur a loss, so we are asking them to issue a gazette notification to give us a fair profit,” said Union Secretary Mudith Perera.