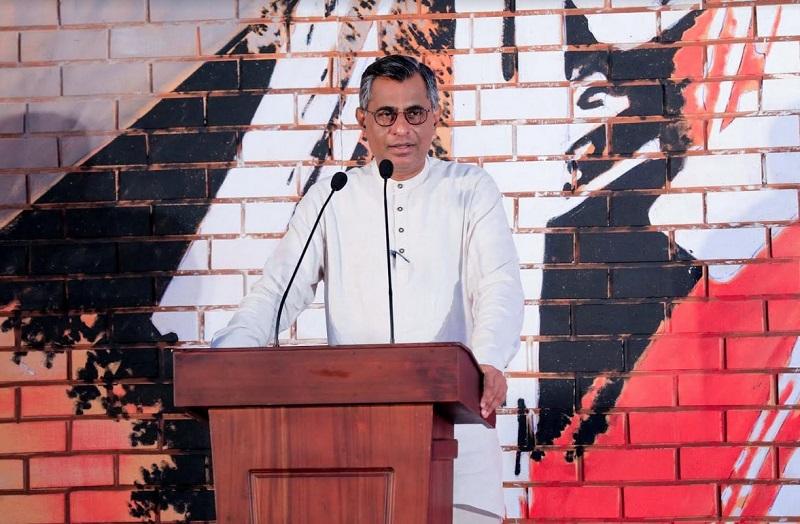 The Central Bank has imposed a 100% cash margin deposit on importation of 623 non essential / non urgent items. This has caused widespread chaos and distress among the small and medium scale business community and the consumers, says the Samagi Jana Balawegaya MP Patali Champika Ranawaka.

The new regulation effects on importation of common consumer items such as garments, undergarments, Computers and accessories, Mobile phones, Refrigerators, Air conditioners and many more items.

As a result of the new regulation, consumer goods will be marked up in price with an interest for the 100% deposit being added to the cost of the item. This will raise the market price of these 623 consumer items hugely and many small and medium scale business ventures will be put out of business.

Prime Minister Mahinda Rajapaksha was met with stiff protest from Sri Lankan expats in Italy. They can suppress these resistance in Sri Lanka with emergency laws and other methods of suppression of freedom of expression. But they can’t do that overseas. Prime Minister Mahinda Rajapaksha will know how these protests and protesters work. He is a leader who came up through street protests. This is nothing but the disgust and disappointment of the public expressed via protests due to the failure of the Government to deliver what it promised. The economic prosperity, safety and security, curtaining the pandemic and punishing the perpetrators of easter bomb attack.

People like “Dias” who came to Sri Lanka from Italy clad in Lion flag to support Gotabhaya Rajapaksha are now on the streets asking the Government to step down.
“

This is a preview of what is around the corner for Rajapakshas. The general public will not pardon the Rajapakshas any more. The actions of expats in Italy is a good example.

We as a country will be tested at the Human Rights Council in Brussels on the next 13 th October. This Government will not be able to fool the world Catholic community over the Easter bomb attack as they did once to the local Catholic community.

The day when the fishermen, the worker in the petroleum, the teacher, the principal, the electricity board engineer take to the street against selling state properties to private investors is not far away.

The Central Bank of Sri Lanka is the institute at the pinnacle of financial regulation of the country. The largest financial deposit of the country, the EPF and the ETF is managed by the Central Bank. The apex of the CBS should be held by a non political professional. Mr Indrajith Kumaraswami, a professional banking expert took over the CBS and resurrected its reputation and stability at a time it was devastated by Arjun Mahendran and his clan.

Mr Ajith Nivad Cabral is a member of the SLPP. He is a minister of this Government at present. He is a politician. How can he establish the impartiality and transparency of the CBS both locally and internationally?

The forensic investigation on the bond scam has revealed that it was during Mr Cabral’s tenure that the bond scam has originated. Further, the infamous hedging fiasco, the Greek bond disaster and the corrupted financial transactions of 6.8 million USD with an American ex intelligence servant are all deals which occurred during Cabral’s previous reign.