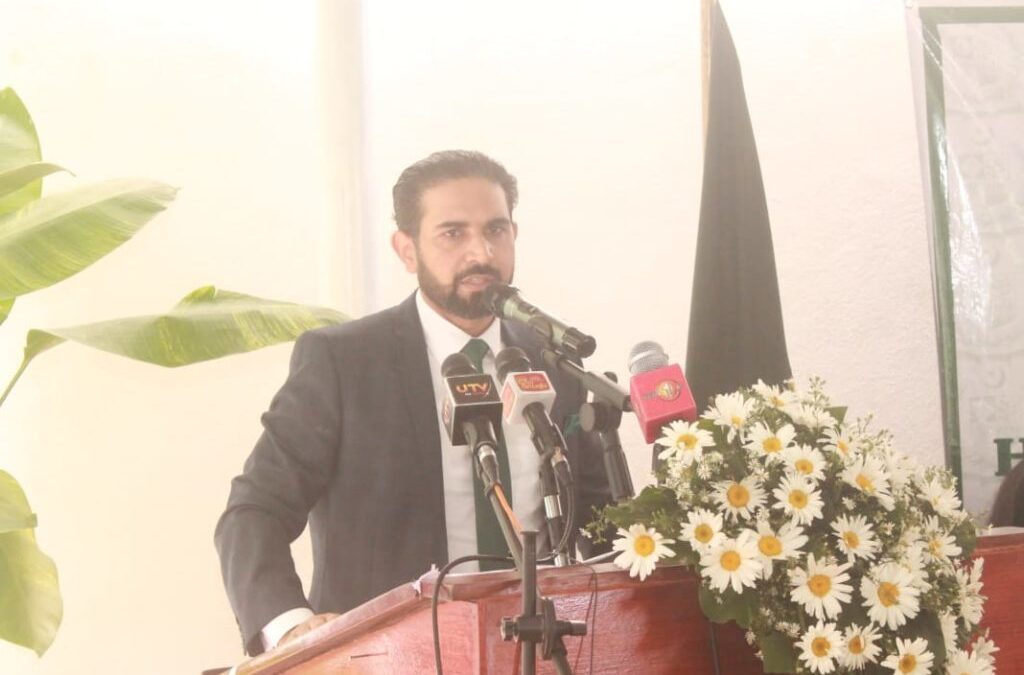 In his remarks, the Acting High Commissioner of Pakistan Tanvir Ahmad, marking twenty-four months since India’s illegal and unilateral actions of 5 August 2019, said that Pakistan honors Kashmiris and salutes their indomitable spirit in their just struggle for their inalienable right to self-determination.

Pakistan, through its political and diplomatic support, will continue to sensitize the international community, exposing human rights violations of India in IIOJK. Pakistan has always stood by and will stand by the people of Kashmir as we do not consider them separate from Pakistan. It is our national resolve that Pakistan will leave no stone unturned to help our Kashmiri brethren to get their right of self-determination.

Mohamed Shiraz Yoonus, Political Activist and Dr. Asela Wickramasinghe, Senior Political Advisor also addressed the event, highlighting the need for resolution of the IIOJK dispute according to the relevant UNSC Resolutions. The event was well-attended by members of the intelligentsia, Pakistani diaspora in Colombo, journalists and friends of the Kashmir cause in the local community.