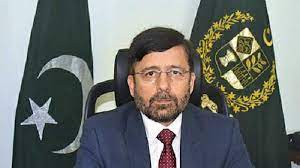 COLOMBO : The Indian Illegally Occupied Jammu and Kashmir (IIOJK) completes its 730 days under one of the most brutal, draconian and inhuman military siege modern world has ever witnessed.

The abrogation of IIOJK’s Special Status came via presidential orders, which revoked Article 370 and Article 35A of the Indian constitution. Article 370 had accorded special autonomous status to Jammu and Kashmir and all the provisions of the Indian Constitution, which were applicable to the Indian states did not apply to the territory. Due to this Article, Jammu and Kashmir was a region, which (despite being a part of Indian Union under the so-called Instrument of Accession) enjoyed separate constitution, flag and official language. Though most of the special privileges that Jammu and Kashmir was entitled under the Article 370 had long been eroded with the passage of time yet Article 35A debarred non-Kashmiris from acquiring property and jobs in government institutions in the territory. The Indian government also divided the occupied territory into two Union Territories – Jammu and Kashmir with a legislature and Ladakh without a legislature.

Following the sensitive announcements made on August 5 and the subsequent days, mobile, television, landline and internet services were suspended and curfew was imposed in the main cities and towns of IIOJK. Indian paramilitary personnel were deployed in every nook and corner of the occupied territory while the army and air force were also put on high alert. Fear and anxiety had already gripped occupied Kashmir as 38,000 additional troops were deployed during the past few days. It had also cancelled a major Hindu pilgrimage, Amarnath Yatra, ordered closure of schools and colleges and asked tourists to leave the territory. The authorities also imposed strict restrictions on the media. Local newspapers failed to update even their online editions. Majority of the newspapers also could not be printed for months due to curfew and other restrictions. No reports of the territory could reach to the news outlets in India and the world. The IIOJK virtually remained cut off from the rest of the world.

The abrogation of the special status of Kashmir was accompanied by arrest of around 15,000 innocent Kashmiris including Hurriyat leaders, political activists, lawyers, human rights defenders and leaders of religious, trade and social organisations. All resistance leaders, including Syed Ali Gilani and Mirwaiz Umar Farooq, were placed under house arrest or detained in jails. Even former chief ministers, Farooq Abdullah, Omar Abdullah and Mehbooba Mufti, were placed under house detention.

During this military crackdown, over 8 million Kashmiris were locked down in their homes incommunicado. The continued military siege for months created a humanitarian crisis as people faced acute shortage of essential commodities, life-saving drugs and baby food.

At the same time, Indian troops intensified violent operations and since 5th August 2019 till June 30, this year, Indian troops have martyred 384 Kashmiris and injured at least 3,903 others by using brute force on peaceful demonstrators. The troops have damaged over 1,022 houses and structures and molested 118 women.

The 5th August move of the Modi government caused strong resentment across Pakistan. The people and government of Pakistan expressed solidarity with the people of IIOJK and reaffirmed their continued support to the Kashmir cause. Pakistani leadership effectively highlighted at the global forums the sufferings of the people of the occupied territory. Prime Minister, Imran Khan, in his addresses to the UN General Assembly in 2019 and 2020 drew world’s attention to the worst Indian atrocities on the people of IIOJK. He repeatedly warned the world that such belligerent postures posed serious threat to the regional and global peace. The Pakistan’s Foreign Ministry is continuously updating the world leaders about Indian atrocities on the people of the occupied territory. Since August 05, 2019 the Pakistan Parliament has passed several resolutions expressing solidarity with the oppressed people of IIOJK and condemning India’s illegal actions in the territory.

As part of its programs, the Government of Pakistan announced to observe ‘Youm-e-Istehsal’ (Day of Exploitation) on August 5 to mark the anniversary of illegal revocation of IIOJK’s special status. The main intent behind observing the occasion is to show solidarity with the people of IIOJK and expose Indian evil designs against them.

The illegal actions taken by the Modi government on and post August 05, 2019 in occupied Kashmir exposed the Kashmir dispute across the globe. Pakistan’s strenuous efforts and grim human rights situation caused by the continued military siege in the occupied territory convinced the UN Security Council to hold its session on Kashmir thrice first time after the period of over 50 years. Following the heightened tension between Pakistan and India, the UN Secretary General Antonio Guterres and the former US President Donald Trump repeatedly offered mediation to resolve Kashmir dispute. The UN High Commissioner for Human Rights, Michelle Bachelet, several members of UK parliament and US lawmakers as well as world bodies including OIC, the Amnesty International and Human Rights Watch have expressed serious concerns over the human rights’ situation in IIOJK. International watchdog, the Genocide Watch in a statement expressed fears of genocide against the Muslims living in occupied Kashmir.