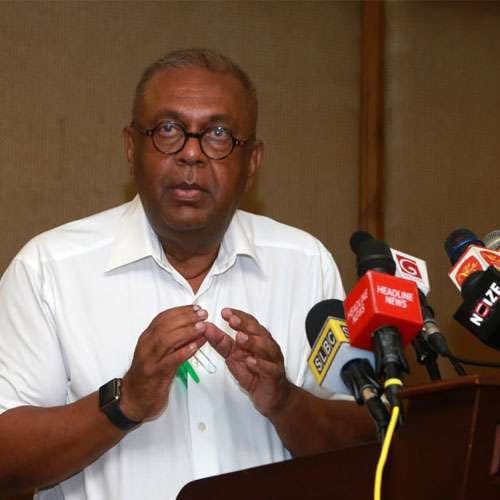 After the defeat of the LTTE Organisation and the end of the thirty-year civil war, the Mahinda Rajapaksa regime had attempted to build a Sinhalese majority mentality, instead of uniting the Sinhalese, the Tamils and the Muslims of Sri Lanka, due to which it lost, former Finance Minister Mangala Samaraweera emphasised speaking to an exclusive press conference held in Colombo today (31).

Samaraweera has been heavily subjected to criticism in the recent past on the basis of the United Nations Human Rights Council (UNHRC), on the allegation that he had played a key role in the prevailing human rights issue during his tenure as the Foreign Minister in 2015.

Accordingly, the former Minister responded to these allegations from his side.

12 employees at the Parliament infected with covid19