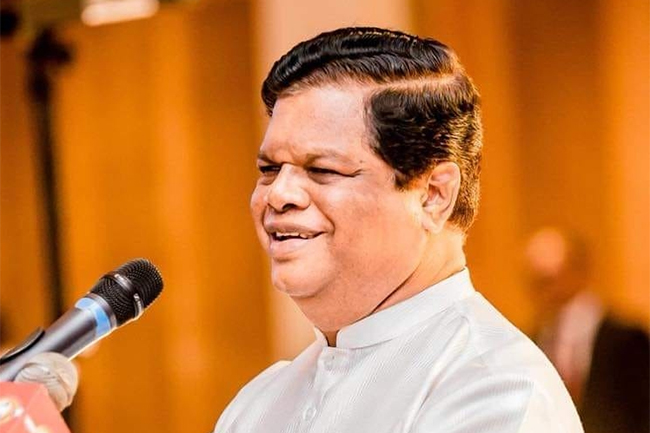 Minister of Trade Bandula Gunawardena has tested positive for COVID-19 in a rapid antigen test carried out yesterday (Aug. 27).

In a post published on his official Facebook page on last night, the minister announced that he was tested for ths virus after it was confirmed that several of his staff members were positive for COVID-19.

He is the ninth Member of Parliament to contract the virus within the month of August.

In the meantime, veteran politician Mangala Samaraweera, who was under medical care for COVID-19, passed away on Aug. 24. The former finance minister was 65 years old at the time of his demise.

Adjournment Debate to be held after President’s throne speech

2nd dose of the Sputnik Vaccine: Vaccination is out of our control. That’s not our problem – Hemantha Herath