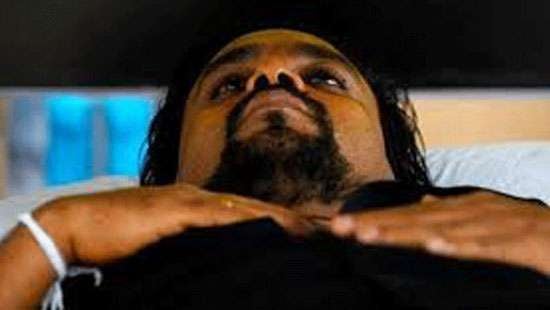 Minister Wimal Weerawansa, who arrived in Kirinda to negotiate the acquisition of an ilmenite and garnet deposit in the beachside by the state-owned Lanka Mineral Sands, was thrown back with a strong objection from the residents living in the area yesterday (27).

Speaking at a meeting held at the Kirinda Community Hall, Weerawansa said that he had come here to negotiate at the request of Ministers Namal Rajapaksa and Chamal Rajapaksa and that the mineral sand deposit should be taken over by the said state-owned company.

Representatives from Human Resources Welfare Organisation, who was present at the occasion, disclosed that they have already entered into an agreement with an Indian company regarding the deposit. Workers are to be paid Rs. 4000 a day despite the number of hours worked in a day, according to the agreement, they revealed.

Weerawansa, in response, said that this was false and foreign companies should not be allowed to waste the country’s resources. Countering, Human Resources Welfare Organisation told the Minister that the government was too late to intervene in the matter, as the opportunity to enter agreement with the Indian company was found by them. As the Minister was leaving, he was confronted by a woman outside the hall and booed by the residents on his way to the vehicle.

Meanwhile, the representatives from Human Resources Welfare Organisation told the media that they politically side with Minister Chamal Rajapaksa.

Upon Weerawansa’s departure amid backlash, Minister Namal Rajapaksa arrived in the scene.

It is also noteworthy that this situation has occurred in the backdrop that an inquiry is underway at the Parliament Committee on Public Enterprises (CoPE) on the disclosure that ‘Lanka Ministerial Sands’ owned by Weerawansa’s Ministry was paying less than the US $ 18 per tonne of ilmenite to a buyer and not exporting ilmenite to the highest bidder.

Mastermind of the Easter attack cannot be investigated. It is a western conspiracy – Gnanasara Thero