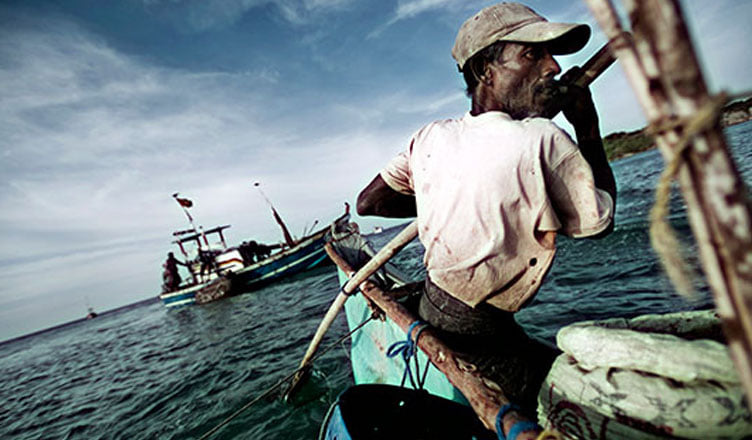 Co-Cabinet Spokesman and Minister of Energy Udaya Gammanpila said no policy decision has been taken to allow Indian fishermen to fish in Sri Lankan waters and the reports published in this regard are not true.

Minister Udaya Gammanpila stated this in response to a query made by a journalist at the media briefing at the Government Information Department yesterday (30) regarding a statement made by the Minister of Fisheries Douglas Devananda to a newspaper that a discussion is being held in this regard.

When inquired by the media regarding the release of Indian fishermen caught in Sri Lankan waters and the detention of Sri Lankan fishermen so far by the Government of India, the Minister explained that the government normally intervene without any hesitation and get the Sri Lankan fishermen released when they go fishing in other countries and get caught violating the unique territorial waters.

Mr. Gammanpila said that the same procedure is followed with regard to Indian fishermen and he hoped that India would take such a positive step towards the Sri Lankan fishermen in Indian custody.