முகப்பு > English > The government should be taking the responsibility for the lives that were lost: Opposition Leader 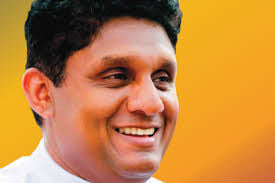 The government should be taking the responsibility for the lives that were lost: Opposition Leader

Leader of the Opposition Sajith Premadasa in a special statement issued yesterday (06) emphasised that the government, which promoted supertitious ideologies over the Covid-19 pandemic such as throwing pots into water and drinking tonics, should be taking the responsiblity of the lives that are being lost due to the contagion.

“Covid-19 is spreading rapidly in the country at present. The country’s health system has become very insecure due to the delta variant. We had informed the government about this situation several months ago. Especially, the medical associations, health trade unions and medical experts had proposed that the existing regulations must not be relaxed; that the country would be in danger, if they were relaxed. What has happened today? Lives are being lost due to the delay of the vaccination.

Over the months, many media bodies tended to build public confidence in superstition, such as throwing pots in the river, creating the strangest types of tonics. If the government had properly ordered vaccination during that period, the people of the country would not have been in such an insecure situation like today. Deaths like these would not have increased. We told even then that one of these days people would die in hundreds; so did the medical experts. But the government did not even bother to take those statements into account.

As of now, there is a severe shortage of beds. In some hospitals patients are in the yard. There is also a shortage of equipment for ICUs, hence the beds as well as the facilities. There is a shortage of medicines; a shortage of oxygen. What would be the government’s response to these? Will the people of this country continue to feel insecure, or will they take immediate actions to save lives?

We are told that vaccine stocks are being delivered today, tomorrow, and the day after. But with each day passing, precious human lives are being lost in our country. The infections due to Covid-19 are being increased. We implore the government, please seek the International Community and request help. A huge appeal should be made that there is a huge insecurity in our country. It may give us an opportunity to at least reduce the number of deaths.

Therefore, I request the government to spare your time to save the lives of the people of this country. At present, Covid is being contracted fast by children as well as infants. Go to the Lady Ridgeway Hospital without burning air-conditioned rooms. Go to Ragama Hospital, Kalubowila Hospital, the National Hospital, Gampaha Hospital, Karapitiya Hospital, Ratnapura Hospital, Embilipitiya Hospital. Go there and see for yourselves the reality of the ground.”

If the prices are increased by 200 rupees, any amount of milk power could be imported - Bandula