முகப்பு > English > Why doesn’t the media talk about the President’s humility? – Mahindananda 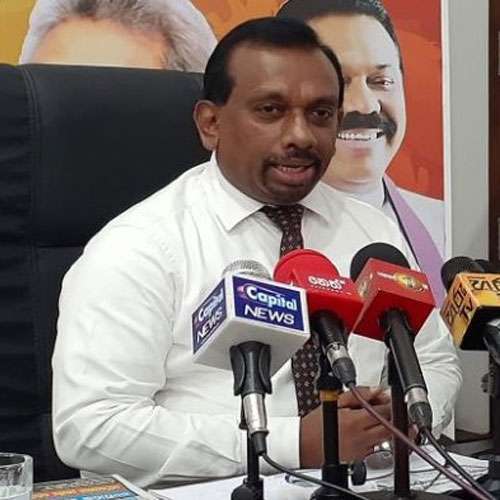 Agriculture Minister Mahindananda Aluthgamage has questioned why the media, which gives a lot of space to the incident between Wijedasa Rajapaksa and the President, does not allow so much space to talk about President Gotabhaya Rajapaksa’s humility.

“Wijedasa Rajapaksa would never come to a meeting of the ruling party. He should have heard about this. This is how he behaved when we introduced the 20th Amendment to the Constitution. He told me to come to the car park to talk about this. After I discussed with him and explained, he voted for 20. He voted in the last five minutes. Someone gave him the wrong information.

MP Wijedasa Rajapaksa should get a ministry. We accept that. But it would be very unfair to do this. Also, Wijedasa had said today that the current President had spoken to him in a threatening manner. This is what we want to tell you, this is normal. I have worked with Chandrika. When something happens in that government, she calls us and asks what the problem is. The same goes for Mahinda. Also, President Gotabhaya Rajapaksa has spoken to MP Wijedasa and reminded him of history and said that what you said was wrong.

However, MP Wijedasa did not say that he did not connect his children, saying that this was a misunderstanding. Due to this a conversation has taken place between the President and the Member of Parliament as an explanation.

Mahindananda Aluthgamage stated this addressing a special media briefing held in Colombo yesterday (16) in response to the allegations made by Wijedasa Rajapaksa and Ven. Murutthettuwe Ananda Thera.

Govi Hadagasma : Leader of the Opposition meets Cinnamon Farmers in Meetiyagoda ) to discuss their problems