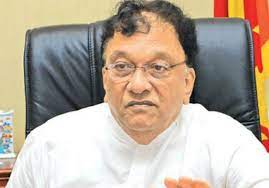 The SJB has called on Speaker Mahinda Yapa Abeywardena to hold an immediate Party Leaders’ meeting to fix a date to summon Parliament to debate on recent incidents pertaining to sending security forces to dismantle the GotaGoGama protest site at Galle Face.

Chief Opposition Whip and Kandy District SJB MP, Lakshman Kiriella has, in a letter to the Speaker, said that they condemned the brutal attack of protesters at GotaGoGama, journalists, lawyers who intervened in their professional capacity and bystanders on 22 July. “The international community, too, has condemned this dastardly act. This would certainly tarnish the image of this nation and it would be detrimental to our national interests at a time the country is in urgent need of the support of the members of the international community,” Kiriella has said in his letter, calling on the Speaker to summon Parliament immediately to conduct a debate on the issue.

Save us from our govt.!