முகப்பு > English > Challenges, and need for an all-party govt. 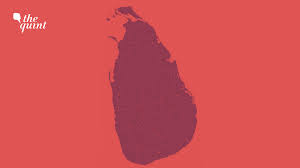 Challenges, and need for an all-party govt.

Whoever wants to take charge, must first disclose how they are going to set about it. making statements that ‘WE WILL PUT IT INTO ORDER’ is not acceptable. Even SJB, the main Opposition party, hasn’t put forward at least an outline plan as to how they will set about it.

What did the current President promise? What did the current PM promise.? What are their results? Can the country afford more of such vague promises? Three months have gone and still there is no plan from any Party in Parliament. How can any country or institution assist one who has no plan?

Challenges are many and very unpopular decisions have to be made. Resistance from entrenched interests, such as trade Unions, including the GMOA, some corrupt business interests, political interests, mafias, monopolies, etc., has to be countered. Are they prepared to overcome them?

Why go far? Are they prepared to reduce the Parliamentary allocation substantially, and even reduce the number of MPS from 225 to about 150 – on par with countries of similar size, population, GDP, etc.

Parties trying to form a Govt. must first agree amongst them on their Plan, at least on the following:

(i) on their strategy to get Foreign Exchange to purchase limited quantities of fuel for essential services, food, medicines. and fertiliser for the next 6-9 months. Their strategy to increase exports, foreign employment and foreign investment so as to increase Foreign Exchange in the short and medium term. With current conditions it is futile to expect tourists to come to Sri Lanka.

(2) as to how to balance the budget. Are they unitedly prepared to close down or privatize CEB, CPC, AirLanka and Water Board, etc.? Budgetary Allocation for Defence is another, which has to be drastically reduced, the developed countries spend only 2 to 3 % of their GDP on Defence. What does SL do? Out of the Defence allocation, Navy must have the major component for they have to patrol the sea area, which is many times larger than SL land area. SL sea resources are at risk from illegal fishing, human smuggling and illegal dumping, etc.

(3) Are they prepared to close down unnecessary Ministries, Corporations, and Departments, most of which were created for the benefit of politicians, especially for Ministerial Positions.

(4) Staff levels in Ministries, Departments. Corporations that are to function, have to be drastically reduced, so that they could function efficiently and cost effectively. Reducing staff will also reduce the need for large office spaces, electricity, telephone cost etc.

(5) What are their plans to support and or rehabilitate the staff so retrenched.?

(6) Their plan for distribution of essentials? Rationing?

(9) Can they agree on a small, efficient and capable cabinet? Let not the country have too many Ministers and or Officials telling the country different versions, confusing the people as to which is correct, and that too hoping that at least one will be correct.

(10) How will they source the revenue? Are they prepared to increase the direct tax component to 60% or even 75 % for the present? The majority of the population have been badly affected due to the current crises. Their only crime being they misused their votes. They should not be burdened further with indirect taxes. To reduce their burden indirect taxes have to be the lesser component of the revenue, at least for the present.

(11) Can they do away with duty free cars, and all other special privileges given to some sections of the society. All Laws must be equally applicable to all. Other than the First citizen of the country, all others (be it state employees or Parliamentarians) must be taxed on the same basis as others.

All Parties joining must undertake that they will no longer do politics with these issues, nor will they withdraw from the interim govt when it undertakes unpopular decisions on above issues. They must all commit to swim or sink together.

None of those who served as Ministers in failed Governments, or who were Ministers in MR’s Govts which decided on vanity projects, should not be given Ministerial positions. Same should apply to those Parliamentarians who voted for the 17 ,18,19 and 20th amendments should be excluded, as it shows they neither have principles, nor care for the country. Corrupt and convicts too should be kept out. KNOWLEDGE AND CAPABILITY should be the criteria in the selection of the Ministers. Those who are unable to deliver within 3 months must be made to stand down.

To the party leaders who want to form the government, may I say, first divulge your plan to the country.

Please, do not tell the country that you have a better plan. You can afford to fail but not the country or its people at large!

Save us from our govt.!

NO CONFIDENCE IN GOVERNMENT OR ATTORNEY GENERAL’S DEPARTMENT: CARDINAL

UK working with India to address issues in Sri Lanka

CB governor in a campaign to be Common Candidate at next Presidential Poll: RW Advisor