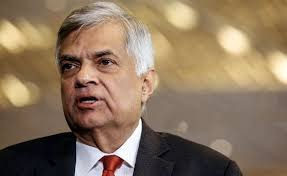 Police have arrested three persons in connection with the attack on Prime Minister Ranil Wickremesinghe’s private residence at the Fifth Lane, in Colombo 03 on Saturday night.The police described the arrested persons as a 19-year-old from Mount Lavinia and two persons aged 24 and 28, residents of Kadawatha and Galle, respectively.Inter University Students’ Federation (IUSF) Convenor Wasantha Mudalige yesterday told The Island that he couldn’t comment on the incident as large crowds had converged on Colombo to demand the resignation of both President Gotabaya Rajapaksa and Prime Minister Ranil Wickremesinghe. However, Mudalige pointed out that there hadn’t been a single such attack before the PM’s house was set on fire.Civil society activist Chirantha Amarasinghe
.
alleged that mobs set Wickremesinghe’s house ablaze after disconnecting electricity in the area. The Sri Lanka Working Journalists Association said that the police and Special Task Force (STF) deployed at the Premier’s private residence assaulted Sarasi Peiris, Janitha Mendis, Waruna Sampath, J. Sinthujan, Kali Muthuchandran and Januka Weerakoon. On behalf of the Association, its President Duminda Sampath and its Secretary Frank de Zoysa called for an impartial investigation into the incident (SF)